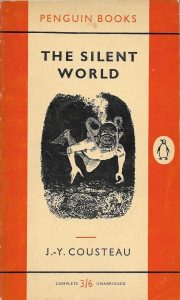 George Orwell once described the independent bookstore business as “a humane trade which is not capable of being vulgarized beyond a certain point. The combines can never squeeze the small independent bookseller out of existence as they have squeezed the grocer and the milkman.” [If you read the rest of what he wrote about working in a bookshop (Bookshop Memories 1936) you’ll find that that was about anything good he had to say about the experience; in fact his disliked the work so much that he said it caused him to “los[e] [his] love of books”.]

He was right in part. If by vulgarized he meant commercialized then yes there is a limit to how much an independent bookstore can be beholden to the corporate behemoths that have come to dominate much of the publishing and book retail industries. Indie bookstores are best when they strike off on their own path and become a part of the community in which they operate rather than becoming another faceless chain retail entity. But as we all know too well indie bookshops have fallen victim to “the squeeze” in other ways; by simply dying off and never coming back. Hong Kong is no exception.

Our hope here at Bleak House Books is to buck that trend and to show folks that an indie bookstore can eke out an existence even as “the squeeze” is still with us; indeed, infinitely more so than that which existed in Orwell’s time.

So here’s to used books, new friends and humble beginnings!

2 thoughts on “The Squeeze”